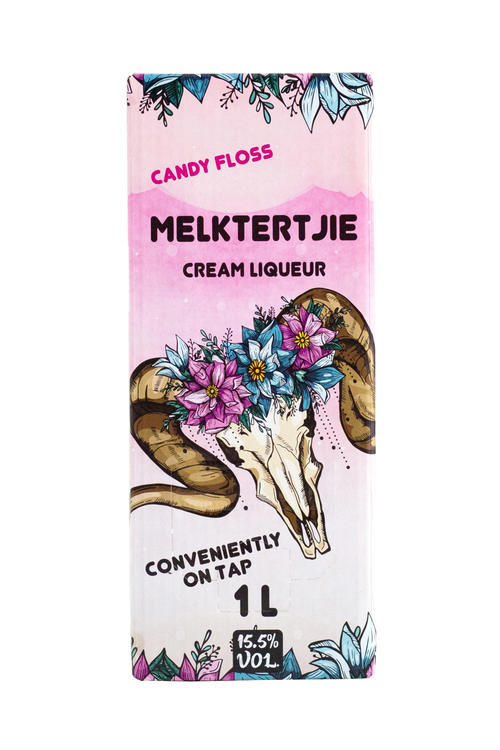 During the Boer War, the women played an important role by supporting the Boer Commandos by supplying the rations, food, and shelter to the fighters. They also maintained the farm activities such as planting and looking after livestock. Our Melktertjie products are a tribute to these fearless women and children that helped support the fighting Commandos in their plight against the professional, well provisioned, and paid British soldiers. It was also this assistance that led to Lord Kitchener’s scorched earth policy, during which the woman and children were herded like cattle in tent encampments under harsh and poor conditions, leading to the death of millions of women and children. This brutal barbaric action by the British Military and Politicians resonates until today in our Afrikaner society, staying burned in our DNA.

We produce a Melktertjie Cream Liqueur in Traditional and Candy Floss flavours. Melktert is a well-known Boer dessert with a smooth creamy milky taste, enjoyed with cinnamon.

We use proper condensed milk and mooonshine in the production to offer a sweet, creamy product with a kick of 15.5% Alcohol.

Place cream, Melktertjie Cream Liqueur, vodka, Kahlua, ice-cream and ice in the jug of a blender and blend until smooth. Pour into serving glasses and serve immediately.

Enjoy our Melktertjie Cream Liqueur as a shot, or over some ice with a pinch of extra cinnamon for an extra spiciness.